Why Does NATO Still Exist?

The North Atlantic Treaty Organisation (NATO) came into being at the end of World War II in 1949. The treaty was signed by twelve members in Washington, DC.  Although not explicit in the treaty, the alliance was a direct response to the perceived threat of the ideology and military power of the Soviet Union. The treaty was designed, in the words of NATO’s first Secretary General Lord Ismay “to keep the Americans in, the Russians out and the Germans down” (Eden 2000, p.2). The main provision of the treaty was in its Article 5 which stated;
Read more »
Posted by WOWTE at Thursday, December 22, 2011 1 comment:

The Role Of The Media In An illegal Imperialist War

“A massacre in one place was a fight against terrorists in another, and what was unavoidable collateral damage from one perspective was a war crime from a different angle” (Bahador 2007, p.18)

On March 24th 1999, NATO forces launched an aerial bombing campaign on multiple targets inside the Federal Republic of Yugoslavia. The campaign lasted until June 11th 1999, when an agreement was reached to allow a peacekeeping mission to enter Kosovo. NATO’s official justification for the intervention was ‘humanitarian’. It suggested Slobodan Milosevic’s troops were committing crimes against humanity by massacring ethnic Albanians in its Kosovo province. The war against Milosevic was illegal under international law, having not received a sanction for the United Nations Security Council (UNSC). Because of this, NATO fought a media war in conjunction with its aerial bombardment. NATO’s justifications for the intervention have been widely disputed, with academics such as Chomsky suggesting that the media was used as a tool to help justify what he calls ‘humanitarian imperialism’ (Chomsky 2008). 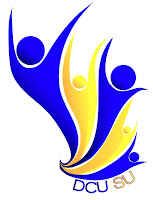 The farce of the DCU referendum on higher education funding descended deeper into controversy last night when the DCU Student's Union President  Ed Leamy vetoed a FEE DCU motion at Class Rep Council to have the result of the recent referendum respected as a 'democratic survey' and adopted as union policy. The action by DCU SU President Ed Leamy cast further suspicion on a process that has been tainted by a constitutional screw-up by the  referendum Electoral Committee and the Student's Union Executive.

DCU SU President Ed Leamy has just declared the result of the DCU referendum on the funding of higher education "null and void".

The option of a "fully free education system" had won the vote.

A new referendum has been called for next year. We don't want another referendum. The students democratic choice was reflected correctly after the first count.

This is not the Lisbon Treaty. We can't re-run the vote until the people in authority get the result they desire.

Have your voice heard. Demand that the result of the first vote is respected!!
For a background to this story, see the previous post HERE

We Only Want The Earth (And Free Education for Everyone)

After a mandate from DCU's Class Rep Council, a historic referendum was held in DCU this week to ask students their opinion on how higher education should be funded in Ireland. The original mandate put before the council had four options for students to vote on, but left out the option of a "fully free education system" funded through progressive taxation. During a rigorous debate, FEE DCU fought hard to have this option put on the ballot paper, however council voted to have a "less ideological" question regarding free education. Finally,  the question “Would you agree with a fully free higher level education system that is funded fully through the conventional taxation system?” was put on the ballot. 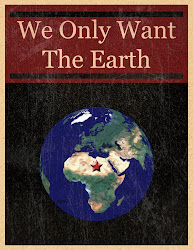